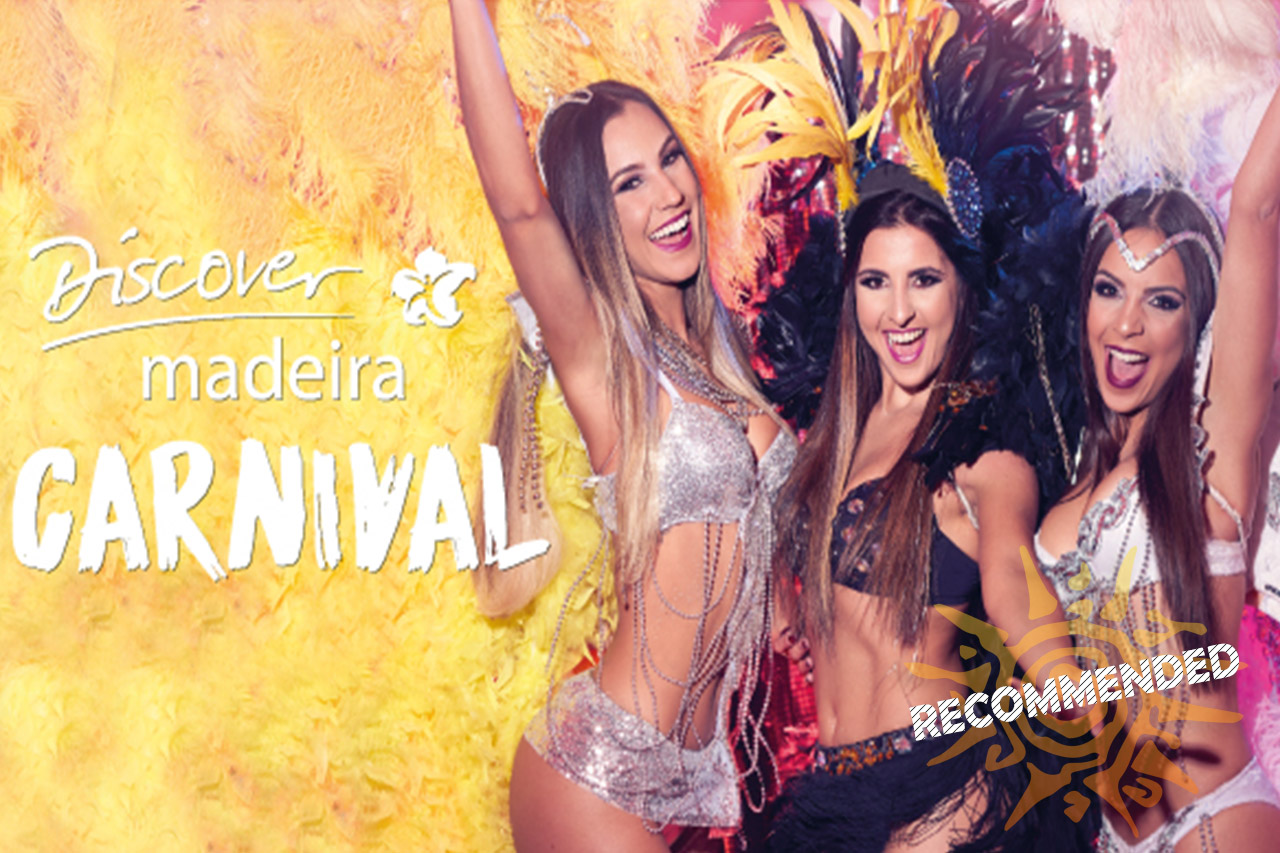 Madeira Carnival festivities offer a variety of activities you can choose from, with the option to enjoy them as a simple spectator or as an active participant.

In Madeira, the Carnival season is experienced in a constant festive atmosphere, both with official initiatives and those of a more spontaneous character, deep-rooted in Madeiran tradition, with joy and cheerfulness prevailing in the streets, establishments and private homes, between the 7th and the18th of February.

Find out more about what to expect from Madeira Carnival festivitiesl:

Saturday
On Saturday night, the colourful and vibrant float parade takes thousands of visitors and residents to the Center of Funchal. This is the main attraction of Madeira Carnival. Over a thousand revellers participate dressed in eye-catching costumes in addition to a dozen exquisitely decorated floats.
The parade is opened with music: the colourful joy and the rhythm of the costumed troupes are contagious. They parade enthusiastically to the sound of selected songs that were choreographed and rehearsed throughout the year, overflowing the public with their joy.

Tuesday
The “Trapalhão” Parade (slapstick parade), held on Shrove Tuesday, represents the spontaneous parade that originally occurred on Rua da Carreira. Participation is open to all, both national and foreign citizens, either independently or as a group. The participants’ creativity knows no boundaries and spans from social and political satire, to traditional themes, or simple character disguise. Whether you watch or participate in this parade, you will undoubtedly be able to share moments of good humour and interact with the public.

Other initiatives that are included on the festivities:

Compadres Feast
The Carnival celebrations begin with “Festa dos Compadres” (Compadres Feast), which takes place in Santana. The nature of this traditional festivity is part of passage from winter to spring ritual and the renewal of the local community.
The action unfolds in a clear antagonism between male and female local residents, well represented through the satirical male and female dolls made by the participants. The feast focuses on the judgement of the "compadre" and the judgement of the "comadre", during which social criticism is done towards the events and activities of individuals and community institutions that took place over the year.
In the end, both the “compadre" and the "comadre" are burned as punishment. This way, the community feels renewed and social tensions are relieved, prepared to begin a new cycle in spring.

Street Entertainment
On Wednesday, before Shrove Tuesday, downtown Funchal, in particular the central walkway at Avenida Arriaga, is captivated by the magic of Carnival, which becomes the center of numerous street entertainment events, including carnival music, performances and countless events that contribute to rousing the spirit of revelry in tourists and locals.

Carnival "Robberies"
This is a tradition among Madeira natives, the so-called "robberies", which occur during the period preceding Carnival. These were carried out by disguised groups, who entered into the houses of friends and acquaintances in order to "rob" their season delicacies: the traditional "sonhos" and "malassadas". These incursions always ended with a private indoor party.
Although this type of gathering still happens, is losing some strength and is being replaced by “arranged robberies”. These are scheduled in advance and now it is the robbers who take the delicacies to the party.

Theme Parties
Nightlife hangout spots also offers various themed nights, during the period preceding Carnival, such as "Hippies Night" and "Travesties Night", inviting their clients to enjoy themselves disguising with a theme mask.

Children’s Carnival
During this period, children and their parents engage in making masks to take to school. On Friday morning, prior to Carnival, about a thousand young revellers from various schools and kindergartens of Funchal, all in disguise, parade through the city center (Avenida Arriaga), in an atmosphere of Carnival liveliness.

Solidarity Carnival
On Friday afternoon, previous to Carnival, the city center is once again the stage of another highly original and creative entertainment initiative: with contagious energy, hundreds of revellers from “Associação de Desenvolvimento Comunitário do Funchal” parade along Avenida Arriaga towards the Municipal Garden, where a show takes place